When reading the Bible we can see how already at the times of the apostle certain men entered the community with false teachings. (Jude 1:4)

Once you are born again, and have some knowledge of the Word, even a little, you have some sense how to avoid certain things. It is easy, for instance to spot a false leader… {Wolves and Sheep}

though he himself still seems to keep to pagan holidays like Christmas (that at the side). but he recognises that the ones that are difficult to spot are the ones that are based in a “Church.” And it is in the main churches we see a lot of teachings that are not according to the Holy Scriptures. In many churches, we may find preachers and leaders who walk and talk like Christians, and mingle in with congregations, or may even be important leaders in the church.

That is where it becomes important for a Christian to know the Bible, and for a new Christian to be sure he/she is in a Bible believing church where the teachings of the Bible are not regarded as mere suggestions but a code to live by. {Wolves and Sheep}

Mr. Mehta writes, in the knowledge that

other religions and gods were not to be followed anyway, God had made that abundantly clear in the Old Testament again and again, so the disciples already knew that. Hence it wasn’t necessary to instruct them again about other gods. The disciples had asked what signs to look for that would indicate His coming, not any other god’s. {Wolves and Sheep}

With the knowledge that the Bible is as relevant today as it was 2000 years and more ago, he tries to look at the prophecies given in that Book of books.

We should know that we shall have to examine all things that happen around us. Jesus also warned his disciples to watch out that no one would deceive them. He let them know that it would not be abnormal that there would come more people saying that they would be the Messiah and that they will deceive many. (Matthew 24: 4; Mark 13: 5; Luke 21: 8) Therefore we should seriously consider everything that we hear around us, so that we take care that we would not be deceived by the prophets and diviners among us (Jeremiah 29:8).

Today we also should be looking at the signs that Jesus said we are to watch for in the end times. Just before his return, these would indicate to us that his return is imminent. Strangely enough, he takes Jesus as his god in certain messages, though he himself also writes:

The very first sign Jesus speaks of is that there will be many fake christs, and many fake teachers. Interesting, isn’t it?! One of the things that Satan is known for doing well is creating counterfeits to mislead humans. Understand that Satan is not and never will be a “creator” of anything. God is the ONLY Creator who Created something from nothing. All Satan can do is use what exists and make a counterfeit. The only reason to make a counterfeit of anything is that the real is so good and wonderful, that people would be eager to get it. {False Prophets and Teachers} 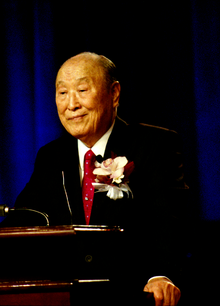 The Korean religious leader, also known for his business ventures and support for political causes, Sun Myung Moon, who claimed to be the returned Jesus Christ. His teachings viewed the Cold War between democracy and communism as the final conflict between God and Satan, with divided Korea as its primary front line. In 1954, Moon formally founded the Holy Spirit Association for the Unification of World Christianity in Seoul.

It is the primal and most important lesson we should never forget, that there is only One True God (God above all gods) Who is One and Who is the Eternal Creator. Concerning the many messiahs, we can see many people who claim to be ‘the messiah’ or even ‘the Christ’ as well as who claimed already to be ‘Jesus Christ’ (like Mr.Moon did).

Counterfeits are dangerous when it comes to God, and His Word. In material and earthly things the choice is of less consequence. In the matter of spiritual decisions your choice determines  your eternal destination. You pick wrong and you end up damning your own soul. Follow the wrong god or the wrong leader teaching heresy and you end up in the wrong place. The apostle Paul found people in Galatia were very easily being led away into false teachings. He warns them saying:

To discern the truth one needs to know the truth. You do not have to study all the counterfeits, only the one real. {False Prophets and Teachers}

False messiah Sun Myung Moon and his wife from ucmdi

There are also false teachers who claim they have special anointings that really are not given by the Holy Spirit, but the unuspecting and undiscerning get swept by emotion and led away as dumb sheep.

The adversaries of God (Satan or the Devil) do feel when their time is coming to an end, and that is what we should see happening as well. The world going bazurk and lots of things going wrong, with even religious people fighting against other religious people.

Even when we do not know when exactly those “Last days” shall come we can be on the watch out of the signs coming with such times.

32 But of that day or that hour not a [single] person knows, not even the angels in heaven, nor the Son, but only the Father.

33 Be on your guard [constantly alert], and watch [a]and pray; for you do not know when the time will come. (Mark 13:32-33 Amplified Bible, Classic Edition)

The Book f books warns us that we should be careful, when living in this world there may be many traps in front of us. We should always on the watch, and pray that we may be able to escape all that is about to happen, and that you may be able to stand before the Son of Man, the beloved son of God, the Kristos or Christ.

34 But take heed to yourselves and be on your guard, lest your hearts be overburdened and depressed (weighed down) with the [a]giddiness and headache and [b]nausea of self-indulgence, drunkenness, and worldly worries and cares pertaining to [the [c]business of] this life, and [lest] that day come upon you suddenly like a trap or a noose;

35 For it will come upon all who live upon the face of the entire earth.

36 Keep awake then and watch at all times [be discreet, attentive, and ready], praying that you may have the full strength and ability and be accounted worthy to escape all these things [taken together] that will take place, and to stand in the presence of the Son of Man. (Luke 21:34-36 Amplified Bible, Classic Edition)

Mr. Mehta reminds us the words of Jesus Christ were he warns us that there were also false prophets among the people, just as there will be false teachers among the apostles but also among ourselves. We have to be careful to dismantle them and their secretly introduced destructive heresies or heretical doctrines, even denying and disowning the Master who bought them —bringing swift destruction on themselves.

As Jesus instructed, the disciples took note and warned others.

2 Peter 2: 1There were indeed false prophets among the people, just as there will be false teachers among you. They will bring in destructive heresies, even denying the Master who bought them, and will bring swift destruction on themselves. 2 Many will follow their depraved ways, and the way of truth will be maligned because of them. 3They will exploit you in their greed with made-up stories. Their condemnation, pronounced long ago, is not idle, and their destruction does not sleep.(NASB) {False Prophets and Teachers}

I can assure you the church at large has plenty of false teachers who have infiltrated the folds like wolves in sheep’s clothing who can and do devour many dumb sheep.

What can you do?

Matthew 7: 15“Be on your guard against false prophets who come to you in sheep’s clothing but inwardly are ravaging wolves. 16 You’ll recognize them by their fruit.(CSB)

I have heard this many times,

“The church is full of hypicrites so I don’t want to go.” {False Prophets and Teachers}

According to us, that is the easiest excuse many people give. The article writer we are discussing here writes:

I have news: there are many more hypocrites outside the church than in the church! If that is your reason (or excuse) for not going, check your own self, you don’t want to be a hypocrite yourself . . . do you?!

You should go to a good Bible believing, and Bible preaching/teaching church where there is good fellowship among believers. You will find a wonderful family to be a part of! {False Prophets and Teachers}

Seeds and weeds for being the greatest nation