Again nominated for the same award 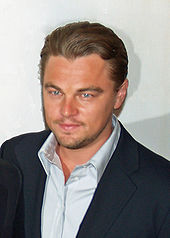 DiCaprio at the red carpet at the 2007 Tribeca Film Festival.

Good things they say exist out of three. I do not know how many times a person should be nominated before really winning the prize. Some very good actors for example were nominated several times for the Oscar Academy Awards but did not get the Oscar Award for that film. This year it is no different with Leonardo DiCaprio, though he after five times makes a very good chance.

Though today I’m not here to talk about important prizes, but I think it is about just a little nice pat on my back. Being a very sensible emotional boy this also may touch me. But it took some five and three years before I really got to act on it, when it was once more presented to me.

It has been some years ago when I first got the Liebster Blogging Award presented to me by a Zoe for my own personal blog. Some years later it was again presented to me by a blogger on WordPress. The same for an other award, being presented to me, I did not react at the time of offering. Except when I got several ‘awards’ presented in 2014 I thought several bloggers had found an interesting way to get new bloggers to come to know their site. I considered it some form of “chain letters“. On the subject, being bombarded at that time with several “awards” I wrote Awards, prizes, Peace and Working together.

In the knowledge that the online world has massive amounts of material that can make finding your pertinent information overwhelming I also struggled with the security system of the net and with what sources I could trust.

For me at the time when I was bombarded with lots of awards I looked at them as being similar to chain letters which were very popular when the internet seemed a very easy medium to generate free advertisements and/or spam letters and messages.

Jolien Davies, a Blogger & Research Consultant, with her In the know with Jo tells us a little bit more about “The Sunshine Award” and the “Liebster Award” which at one time may have been the same award. Though both, at time where presented to me by different bloggers. She writes about this sort of award that they had not the bad effect like chain letters them having

no threat of ‘bad luck for 200 years,’ or ‘swarms of flies that will descend upon you.’ Another term used for these ‘awards’ is that it is a ‘meme.’ This basically means that it is an idea, behavior, style etc… that spreads like a virus. So, in other words, it is a viral game of sorts. {In the know with Jo Sunshine award breakdown}

Being viral or not, by the beginning of 2016 I once again got the “Sunshine Blogger Award” presented to me by somebody who I consider sincere. He also got to know our ways of thinking and why we do find it important to have our say on the net. He namely was one of the most active reactors to our writings. Probably you may have found his reactions on some articles, under the name Black Horn. He and Not in my world have an “Our Circle” were they try to bring together like-minded people. “Not In My World!!!!” is as such the product of a Circle of Friends on Google, who believe Pricele$$ is the only value we can place upon Love, Honour, and Duty to Our Children, and to every Child in this world.

Having similar goals we our pleased that he and his team presented us this award. To shed some light on the reason why from now on mentioning that award on my sites, I wrote 2010-2015 words delivering a Sunshine Award. After having been presented the awards more than once I thought it being time to mention it also to outsiders; i.e. our visitors and readers.

I must be honest. I feel honoured that people think of me and my writings and find them worth to be awarded by a special mention. I do not know such mentions on a website would attract more people to come to read more on it. First of all they have to find the site. Because there is no such general site mentioning all those who received the award there is also no general site bringing readers to those who are awarded the nomination and/or Prize, which is just the mentioning and not connected to any other reward.

Though I do agree, when I see a mention of a certain award on a site I expect certain values and subjects to be spoken off in a certain way. This also would trigger me to have a further look at other articles or not.

I sincerely do hope visitors finding our site and from now onwards also seeing the mention of those awards, will find human interest articles which show the positiveness we want to bring and show the sun-rays which we want to uncover. Not everything is sunshine in the world, so we do have to show the bad things as well. But when showing those bad or evil things we also want to show the other way. We are convinced there is an other way of life than most people are living. That way we want to show to as many as we can. You too can help with it, by making us known by others. You also can give us a pat on our back by clicking on the “Like it” button. when you do like us and have a special place to mention the ‘liked articles’ than you too can bring others to our articles, because we notice that we have readers clicking on the articles we liked, so they go to read those liked articles.

In 2016 we also shall continue to bring further other websites in the picture,though it may be less than before. This because too often we had to justify our mentioning them. It takes already lots of our time to find appropriate related articles, worth mentioning, to one of our writings.

We do hope by our selection of writings from the internet you may be pleased and be guided to think about those subjects. The readers digest we want to offer should give you an idea of why we think a certain way and why we do find it important that we join hands to react in this world. We still look for writers who would not mind joining us to strive for the good cause,to show the world we do have to come to a better relationship between other human beings but also to the plants and animals.

We are all part of the bigger picture and should be aware that we have to take much more care of our environment. Together we want to convince others also to be aware of our obligations and our responsibilities. Showing others the guide to a better life and environment is part of us bringing sunshine in other man’s life.

In case we have to nominate some blogs Pintowski’s Blog Envisioning A Better World, plus Cherispeak and Purplerays would be of them with some others we quoted here on this site already and those who try to bring some thoughts to meditate on.

Awards, prizes, Peace and Working together

2 responses to “Again nominated for the same award”