From a polio stricken lady about wheelchairs and freedom

Terry Austin received his first wheelchair as a gift from the United States nonprofit organisation March of Dimes that works to improve the health of mothers and babies.

Growing up, going to church every Sunday was one of those never-miss activities for her family. She loved church because that’s where her friends would be. Her father was always her pastor.  Her father was a large man. He fought with the Marines in World War II and was wounded in the battle of Iwo Jima. He was the strongest man she ever knew, and she had a healthy fear, whether he was around or not.

When she was so young that the doctors had no conscience memory in her adult brain, she saw so many. Her earliest memories were of Dr. Matchett, an orthopedic surgeon who was assigned the task of helping her regain what she had lost to polio. She says

I remember him because of his gruff bedside manner. His training included treating wounded soldiers on the European battlefield during the war. {Prescription for the Church}

She dreaded visits to Dr. Matchett because he scared her.

His grey hair was perfectly coifed into a one-inch flat top, and he barked out orders to his nurse as if he were still a Colonel in the Army. Every time he saw me, he would grab my crooked foot, twist it straight, and say to my mom,

“This is the way it should look, and when he’s old enough, I’m going to fix it.”

It was painful; I hated it. When I turned 17, he did what he promised and fixed both of my feet, and made it possible for me to wear normal shoes. Prescription for the Church

As painful as it was visiting Dr. Matchett if it were not for him repairing my feet and other stuff he did with my spine, I wouldn’t be here today. He knew what was needed for me to live to old age. The gruff doctor had a special place in our family, and we learned that when he said something was needed, we should listen. Years later, when he died, my mother sent his obituary to me, and I’ll admit, I grieved. Prescription for the Church

It was a few days before she started first grade in the small town of Eads in southeastern Colorado that she received her first wheelchair. Up until that time, the only way she could move around was to crawl on the floor or have someone carry her. Even having a wheelchair, she did not experience complete mobility. Stairs were always a problem, and her polio-weakened arms didn’t allow her to get too far away or traverse difficult terrain.

Things improved some when I was eleven and began walking on crutches. I continued to use a wheelchair for school and other times that required walking long distances, but now freedom was greater. Whenever Sharon would drag me shopping, I often waited in the car, which could be a long wait. When we went to the mall, I would typically walk in and find a central location where I could watch other folks shopping. {How to Live Free}

For her freedom came in the form of an electric wheelchair.

For the first time in my life, I was free to go places without help, without stopping to rest, and without worrying about a fall. Freedom is great. I didn’t especially enjoy shopping, but I did enjoy following Sharon up and down the store aisles and wandering around the mall. Conference Centers and parks were now a part of my world. Freedom is a great thing. {How to Live Free}

Read more: > How to Live Free

In that article she directs our attention to what we call the “Ten Commandments” within the context of freedom. She agrees that it seems strange to associate freedom with what we have always understood are binding rules. She writes:

Every preacher, worth his weight in communion wafers, has preached a series of sermons on keeping God’s commandments with a heavy emphasis on obedience. Obeying them certainly brings blessings, but they are still rules.

But let’s rethink this for a moment. The Israelites had been enslaved people for ten generations. They knew how to live according to rules imposed on them by a master. The last thing that would have interested them was more rules.

When we are free from stuff, we are free from greed, anger, covetousness, and all the other emotions that separate us from others. We like to tell people that God is all we need, yet we live as if we are enslaved to other stuff. It’s inconsistent to say God has set me free, but it really makes me angry when you disagree with me, or I’m jealous of what you have, etc. We find ourselves living like the Israelites after leaving Egypt, wishing for what we left behind. {How to Live Free}

The purpose of this glorious life…

The purpose of this glorious life is not simply to endure it ,
but to soar , stumble and flourish as you learn to fall in love
with existence.
We were born to live my dear not to merely exist ..

Filed under Being and Feeling, Lifestyle, Positive thoughts, Quotations or Citations, Re-Blogs and Great Blogs

By taking discarded chip bags and turning them into blankets, a 12-year-old girl in Wales is helping both people in need and the environment. Alyssa started her project in August 2021, and in the last year has collected almost 10,000 chip bags to make 200 blankets. She works on them after school, and said it takes about an hour to finish a blanket.

“Each packet has to be opened out so it’s flat and then washed in the sink,”

“Then you take four of them, put them under a piece of baking paper, and iron them so that the heat fuses them together. Finally, you sandwich the … packets between two thin sheets of clear plastic, and you use the iron again to seal that in place.”

Chip bags aren’t easy to recycle, Alyssa said, and she’s happy to have found another use for the packaging while helping others. Alyssa and her mother give the blankets — along with gloves, socks, toothpaste, and other essentials — to local organizations in Wales that can distribute the items to people who are homeless.

“You wouldn’t think you could turn a crisp packet into something so helpful,”

The power of random acts of kindness 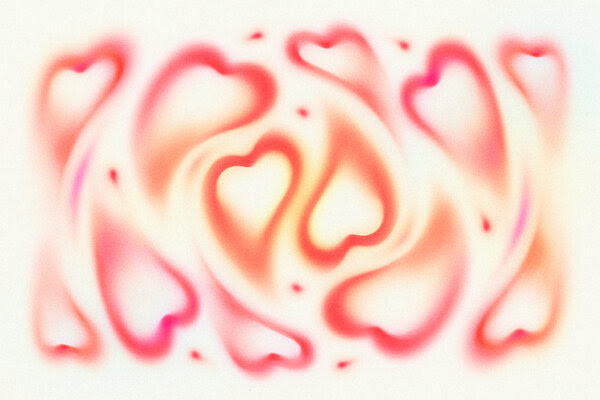 Reasons to be cheerful

Do you have painful creaky knees

In celebration of aviation trailblazer Bessie Coleman, a recent American Airlines flight from Dallas-Fort Worth to Phoenix was staffed entirely by Black women, from the pilots to the cargo team. In the aviation industry, less than 1 percent of pilots are Black women, and that‘s why Captain Beth Powell said she was

“beyond thrilled to be part of the crew where we are inspiring young girls, young girls of color, to see the various roles that these women play in every aspect to make this flight possible.”

In 1921, Coleman became the first Black woman to earn her pilot’s license, after she learned French and traveled to Paris to attend the Caudron Brothers School of Aviation. She went on to fly in air shows, dazzling crowds with her dangerous tricks. Coleman died in a plane crash in 1926 at age 34, before she was able to fulfill her dream of opening a flight school for Black pilots. Her great-niece, Gigi Coleman, was a passenger on the American Airlines flight, and said she was “grateful” to have the opportunity to

“highlight my great-aunt’s accomplishments in the field of aviation.”

Filed under Being and Feeling, Lifestyle, Positive thoughts, Welfare matters

Tagged as Cheerfulness, Donna Ferguson, Human wellbeing, Michel de Montaigne, the Self, to Strive to be happy

Filed under Being and Feeling, Lifestyle, Positive thoughts

What matter most in life

Tagged as Harry Gamper, Long life, What matter most in life, Wine

Life and Times of a Quirky Character

Prayers my heart starts to

mumble as the dew

of the late summer trees

It sprang to mind the hopeful

and expectant posture of

a bride in waiting

how we see the changing times

only to be reminded that

in life there is death

in love there is loss

truly truly say to you

the barren garden will

blossom as the noon day

creeps along the ground

there in the slanting rays

it is easy to remember that

does come to those

who wait as the tides

change and the earth

Have I finally found my home?

“Summer is a period of luxurious growth. To be in harmony with the atmosphere of summer, awaken early in the morning and reach to the sun for nourishment to flourish as the gardens do. Work, play, travel, be joyful, and grow into selfless service. The bounty of the outside world enters and enlivens us.” -Paul Pitchford

Filed under Being and Feeling, Lifestyle, Nature, Positive thoughts, Re-Blogs and Great Blogs

THE PRODIGY OF IDEAS

A morality of hope lives in the belief that we can change the world for the better,
and without certain theological beliefs it is hard to see where hope could come from, if not from optimism.
Optimism and hope are not the same.
Optimism is the belief that the world is changing for the better;
hope is the belief that, together, we can make the world better.
Optimism is a passive virtue, hope an active one.It needs no courage to be an optimist,
but it takes a great deal of courage to hope.The Hebrew Bible is not an optimistic book.
It is, however, one of the great literatures of hope.

~ Rabbi Jonathan Sacks, from his book, To Heal a Fractured World

When I started to pay careful attention to things

~ “Looking At My Life Pattern”

”People need people,
we just have to pray that people choose the right people
and don’t let the good get beaten down into invisibility
which is the cruelest state to put a soul in by the scum of the earth:
wolves in sheep’s clothing..”
Catherine Vaughan

You’re Not That Young

At first, you look forward to the fertile days. You let your hopes fly recklessly, like helium balloons into the atmosphere. You imagine yourself glowing, growing beautifully round and radiant. You let yourself dream of nurseries and names.

Two weeks later, you feel the too familiar twist of emotional knife-sharp monthly cramps stabbing your womb and heart. Another month, another moon gone, like the egg from your uterus in a bloody river of wasted potential.

The sun, once bright with promise, becomes glaringly harsh. The discarded days collect into years you don’t have.

A to Zen of Life

Tagged as Belief in self, Charly W. Karl, Dreams, Going for it, Keep trying, Not giving in, Not giving up, Not letting values go, Opportunity, Practice, Procrastinating, Quality, Quantity, Trying, Understanding the self

Nothing is eternal except the Divine Creator. We human beings all have a beginning and an end, and best make all the best of the time when we are here alive on this planet.

We also best enjoy the good things of this earth and appreciate those around us who are willing to share their love with us.

Enjoy things while they last, because everything ends. Death and the nature of humans promise just that, endings. My grandfather lost my grandmother at old age, he had three wives, but he wept for losing one.

Pesach not only an evocation of the divine redemption

Pesach is not only an evocation of the divine redemption that occurred more than 3000 years ago,
but also celebrates our commitment to work to bring us closer
to that utopia of harmony and fraternity among all that Adonai has chosen.
(Many will be called few the chosen).