A look at China wanting to be everywhere in the world

The last two decades we could see how china has more become a hyper capitalist state, it putting all interests in becoming the world-leader in all businesses no matter at what costs. Lots of people had to leave their house because they had to make a place for a great dam or for an immense stadium. Lots of people where put in small apartments with no garden because the government ordered them to move, making place for modern developments.

Nobody can ignore the neo-colonial expansion of China’s post-Mao economic model. The People’s Republic has become an economic superpower that has witnessed continued GDP growth while lifting millions out of poverty. 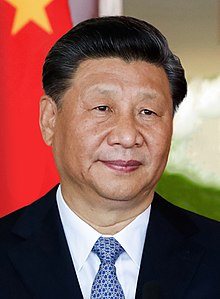 China wanted to show the world that it is able to restore overland trade routes from China to Central Asia and Europe — the ancient “Silk Road.” In Indonesia, president Xi Jinping of China introduced the concept of a “maritime Silk road,” which is essentially the already well-traveled sea corridor South from China to the Middle East and Europe.  In seven years of implementation, the initiative has become quite controversial, especially in the West.  The controversy is fuelled by a lack of transparency that makes it difficult to get reliable information on the financing involved in the initiative, as well as the specific projects and their terms. There are a growing number of academic efforts, however, to collect and analyse data on ‘The Belt and Road Initiative’ (BRI), with a consistent set of findings.

The republic got a lot of African countries in its power by giving them loans and workforce, though many of those Chinese worker were forced to go to work in Africa, often in very bad conditions and months away from their family. At the same time China uses the same colonial tactics of getting as much treasures from those ‘colonies’ as possible, even worse than King Leopold II of Belgium did with the Belgian colonies or other colonial countries did. [Belgium controlled 3 colonies and 3 concessions during its history, the Belgian Congo (modern DRC) from 1908 to 1960, and Ruanda-Urundi (Rwanda and Burundi) from 1922 to 1962. It also had a small concession in China and was a co-administrator of the Tangier International Zone in Morocco. ]

In a smart way the republic of China is gaining more control over several countries widely spread all over the world. By its technological and industrial espionage, it also managed to introduce its ‘own’ technological features in several capitalist countries, having created as such a good stable economic platform or insured economic outlet.

As the owings of developing countries to China have mushroomed debt sustainability is a mounting concern, exacerbated further by the impact of COVID-19 economic shut-downs.  China has given some short-term debt relief but it does not belong to the Paris Club of creditors, and sets its own rules and ethics. By now Beijing has those countries which can’t service their expensive loans in their clamps and power. Question might be if the loans will be converted into strategic extra-territorial acquisitions.

Sri Lanka, as a coveted geopolitical outpost of China, is a case in point. Since the end of the three-decade separatist war there, China’s role in the Indian Ocean has received much attention for its infamous debt-trap led extraterritorial approach. However, within Sri Lanka (and many African countries) the response is mixed – China is both the land grabber, the political influencer, the military supplier and the friendly brother capable of fuelling long-awaited economic growth.

The eyes of China are directed to countries often left aside by Europe and the United States of America, because too poor and of no economical interest because too dangerous or for being highly corrupt and conflict ridden zones. Counties who want some financial help from China may not have alliances with Taiwan or have to stop their relationship with them.

The narrative that China is engaging in problematic debt trap diplomacy has taken off since 2018. Coined the preceding year by an Indian pundit, the term implies that Beijing is purposely striking unsustainable debt-for-infrastructure deals with developing countries along the routes of its ubiquitous Belt and Road Initiative (BRI).
Sri Lanka’s Hambantota port, which a Chinese state-owned firm acquired via a ninety-nine-year lease in 2017 after the Sri Lankan government could not service its loans, has been cited repeatedly as evidence that the Chinese government is practicing debt trap diplomacy. Many countries which do not receive enough aid from Europe or the U.S. hope that China will help them. China does not show any interest in the conflicts those countries may have as long as their are enough goods to explore and to transport to China.
Certain countries are starting to see how China wants to integrate in as many countries as it can.
Poorly planned and badly executed energy and infrastructure deals involving China in Latin American countries like Venezuela and Ecuador have increasingly attracted critical headlines. Even in Europe, Beijing’s efforts to finance and build a railway between the capitals of Hungary and Serbia have run into obstacles and sparked backlash.
The colonial expansion of China is something we would have to watch with Argus eyes also investigating how they treat the people who work for their institutions of firms in that country where they so-called offer their help.
The Chinese government and the developing countries it partners with too often have failed to consult sufficiently with the people most directly affected by grandiose infrastructure projects.
The trending Chinese role model is that of an authoritarian goliath that can make its doctors and billionaires disappear while protecting favoured war-crime offenders and military regimes elsewhere, while meanwhile it exploits a lot of people and makes them work as slave labourers while the managers of the company rake in all the big money.