“Our World” Moving from Blogspot to WordPress

On April the 2nd 2005, Marcus Ampe, after having commented on several MSN Groups created his own chat group on MSN which would grow into the website “Christadelphian world” on Multiply. Like so many Microsoft users at that time, he too, had his Space on MSN. When Microsoft discontinued the MSN Groups, Mr. Ampe followed their suggestion to switch to Multiply, presenting its Multiply Groups and Multiply Spaces. Several groups did not do this, quit or switched to other systems such as Yuku, of Ezboard, Inc.‘s internet forums (Yuku Message Boards), or the content management system (CMS) WordPress. Both were also considered by us, but unfortunately not chosen at that time. But a few years later Multiply stopped with providing room for bloggers. This made that all the material had to be exported when one wanted to keep the material. 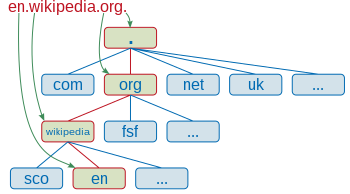 The hierarchy of labels in a fully qualified domain name

For that reason, Marcus Ampe wanted to save his writings and placed them temporarily on the other American online content management system (CMS) Blogspot, enabling multi-user blogs with time-stamped entries. Though that, what seemed just for a “waiting time” to find a new place, came to run its own life on Blogger. From that time onwards online journals or Blogs could also be accessed from a user-owned custom domain, an identification string that defines a realm of administrative autonomy, authority or control within the Internet, (such as http://www.example.com) by using DNS facilities to direct a domain to Google’s servers.

The Blogspot “Christadelphian World” received some further new messages and having received a new birth in 2014, having its name changed in “Our World“ it grew out, becoming an ‘adult’ presenting more than 4 000 messages in 2020. Google, that year, made several changes in its sites as well as in Blogger. From then onwards connections with the older blogs on Blogspot did not seem to work so well. The system became very slow to load down. In earlier computer days that would not have been such an abnormality, nor problem, but in present times the consumer does not like some time-consuming websites and leave them alone.

The World Wide Web had become a place where lots of lots home pages, functioning as a table of contents or index, with links to other sections of the site, called for the attention of the reader. Many companies also wanted to play host to present websites to the worldwide public. The public became also more interested in blogs that operate mainly as news filters, collecting various online sources and adding short comments and Internet links. “Our World” its intention was also to do that and to show the public the connection of this world with the Highest Divine Source of this all.

Other blogs concentrate on presenting original material and wanted to go deeper into certain topics. Marcus Ampe for that reason brought his MSN Space over to a Multiply Space, and when Multiply stopped its service, transferred it to WordPress, with as title Marcus Ampe’s Space to present his own personal views and offer a look in his personal diary.

In addition, many blogs provided a forum to allow visitors to leave comments and interact with the publisher. Such interaction became the most important target and this provide a new ground for several platforms bringing social media as a new driver of the convergent media sector, into their core business.

The growth of the blogosphere has been nothing short of remarkable. By October 2005 there were 19.6 million blogs, a number that has been doubling roughly every five months, according to Technorati, Inc., a Web site and organisation dedicated to mapping and searching the blogosphere.  You can imagine how by this growth of approximately 70,000 new blogs being created each day — or, more vividly, nearly one every second, how difficult it has become to find the most interesting or complete one. Due to the abundance of material on the internet and the fact that people often cannot see the wood for the trees anymore, Marcus Ampe created in 2014 (03/26) “From Guestwriters” on WordPress as a platform where a selection of interesting websites could be presented. He also wanted to offer a platform for writers themselves to present their own website articles and to introduce people to more in-depth articles. But until now he does not seem to succeed getting enough writers willing to offer their services to talk about such subjects as history, nature, a.o..

From blogging is (in a way) expected that it might also be a conversational activity seeking to create a community or reflect an existing community. With “From Guestwriters” Marcus Ampe hoped to do so, but also with “Our World“, he wanted to open a view on the world, tough from a Christian viewpoint. He is still convinced such a viewpoint should have a place in our world, though he does not expect a lot of followers or interested people, because he is fully aware that there is not such an interest in Jehovah God.

As a Christian Marcus Ampe is convinced that it is part of the tasks given by God and by His son Jesus Christ, to go out into the world to preach the coming Kingdom of God. In many of his websites Mr. Ampe wants to bring some positive notes and want to show people that when things don’t work well, or are not working at all, although there’s plenty of sun, and when it’s starting to get annoying, there are ways to get out of that black or dark mood and to find sunshine in heaven. “From Guestwriters” want to contribute in such a way, and now you also may find “Some view on the world” bringing such a positive view on the world.

Please come to find this renewed website by Marcus Ampe:

Some view on the world (WordPress site by Marcus Ampe)

Where you shall be able to find some news updates, thoughts and reflections by different people (inclusive reblogs) and articles about man, history, faith, religions (in particular Christian religion), God, His world and His Word, the Bible and quotations from it.

Blog of Some view on the world