An American Embassy to the Eternal Capital of the Jewish people, Jerusalem

A dark moment in the year 2016 might be the election of the man of whom most people thought he would not even make it to the selection of president candidates. Though very cleverly playing on the fearing minds of radical and right wing Americans blackening all other candidates he managed to blackguard Hillary Clinton many started to cry to put her in jail and would not vote for her.

Donald Trump often turned with the wind and at one moment he was on the blacks and Jews calling them names and at other moments he said he respected Judaism but found all Jews have to live in their own country.

In some of the ads leading up to the campaign Trump clearly stated his position: 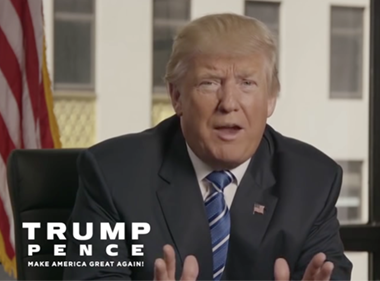 I love Israel, and honour and respect the Jewish faith and tradition. It is important that we have a president who feels the same way. For me, respect and reverence for Judaism is personal. My daughter Ivanka, and my son-in-law Jerad are raising their children in the Jewish faith, always reminding me of the important values and lesson we learn about leadership, resolve, and families in Jewish tradition. My administration will stand side by side with the Jewish people and Israel’s leaders to continue strengthening the bridges that connect, not only Jewish Americans and Israelis, but also all Americans an Israelis. Together we will stand up to the enemies like Iran, bent on destroying Israel and her people. Together we will make America and Israel safe again.

During his a speech at AIPAC, the American Israel Public Affairs Committee, Donald Trump waxed bold and direct regarding his position on Israel:

I speak to you today as a life-long support and true friend of Israel.

I am a newcomer to politics, but not to backing the Jewish state.

I came here to speak to you about where I stand on the future of American relations with our strategic ally, our unbreakable friendship, and our cultural brother, the only democracy in the Middle East, the State of Israel.

He laid out several of his policies with regard the Nation of Israel. He was very politically incorrect, as his usual style normally is. He addressed the issue of Iran, but also the problematic relationship between Israel, the United States and the United Nations:

“The United States can be useful as a facilitator of negotiations, but no one should be telling Israel that it should be, and really that it must abide by some agreement made by others, thousands of miles away, that don’t even really know what is happening to Israel, to anything in the area. It is so preposterous; we are not going to let that happen…. When I am president, believe me, I will veto any attempt by the UN to impose its will on the Jewish state.  It will be vetoed 100%.

During this speech Trump pointed out the track record of agreements that were imposed upon Israel in the past and his feelings on the reason for failure: 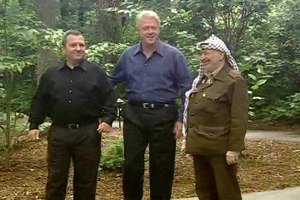 To make a great deal you need two willing participants. We know Israel is willing to deal. Israel has been trying to sit down at the negotiating table without preconditions for years. You had Camp David in 2000, where Prime Minister Barak an incredible offer, maybe even too generous, Arafat rejected it. In 2008 Prime Minister Olmert made an equally generous offer, the Palestinians Authority rejected it also. Then John Kerry tried to come up with a framework, and Abbas didn’t even respond. Not even to the Secretary of State of the United States of America. They didn’t even respond. When I become President, the days of treating Israel like a second class citizen will end on day one!

Now many have treated his speech as simply electioneering and grandstanding. But as Donald Trump has been building his cabinet, and announcing the key roles, he has been building a team that is capable of realizing his campaign promises.

What has been most interesting this week has been the appointment by President Elect Trump of the American bankruptcy lawyer David Friedman, a 57 year old Orthodox Jew from New York, as the future Ambassador to Israel, which shall receive its residency not any more in Tel Aviv, but moves to Jerusalem.

Friedman helped advise Trump during the campaign and has assisted him in bankruptcy proceedings in the past. He is a supporter of Israeli settlement construction, has downplayed the need for a Palestinian state, and is considered a key force behind the incoming president’s relatively hard-line pro-Israel positions, including supporting moving the U.S. Embassy from Tel Aviv to Jerusalem.

Though in 1980 the Knesset had already declared Jerusalem to be the capital of Israel this law was declared null by the U.N., which called for the removal of the remaining embassies in the city. A statement from Israel’s Foreign Ministry called the resolution “unjust” and

“additional proof that the U.N. organization has been converted into an instrument in the hands of Israel’s enemies in their war against her existence and independence.”

With moving the embassy from Tel Aviv to Jerusalem to a plot of land in Jerusalem which would be leased from Israel to the US for 99 years, for $1 per year since January 18, 1989, of the last days of the Reagan presidency, according to the agreement singed by US ambassador to Israel William Brown and Israel Lands Authority deputy director Moshe Gatt.

David Friedman was a major contributor to the Trump policy on Israel as he stated in a meeting with an Israeli delegation when meeting for dinner with them:

… anything where there is jobs or national security, the economy, immigration, everything is vetted through a policy committee. With regard to Israel there really isn’t a policy committee. Our relationship is so strong, that on matters of Israel, he’s really given Jason and I full authority to speak on his behalf.

The one thing that I’m proudest about, to date, is the Republican platform as relates to the state of Israel. The Republican platform on Israel is the strongest platform with regard to Israel that either party has ever developed in the history of this country. The way this was developed was a partnership between the Orthodox, within the Jewish community, the Israel lovers within the Jewish community and the evangelical community.

So from this platform, I would invite people to compare 2016 to 2012, there is no longer any reference to a two-state solution, there is an affirmative statement that Israel is not an occupier with respect to Judea and Samaria. There is a commitment to recognize Jerusalem as the eternal capital of the Jewish people, undivided capital of the Jewish people, to move the embassy there.

When this platform was passed by the Republican platform committee, the Evangelical community, got up, not only did they get up and clap, but people were actually crying. That is how motivated, that is how happy they were. They for this was a day they would never see.

This man is noted for his conservative political views, his belief that the “Jewish left” is a danger to the State of Israel, and that Jews who supported the nonprofit liberal advocacy group J Street, are

But it are just those advocates who try to bring peace in the region promoting American leadership to end the Arab–Israeli and Israel–Palestinian conflicts peacefully and diplomatically.
J Street’s stated aim is to provide a political home for pro-Israel, pro-peace Americans who believe that a

“two-state solution to the Israeli-Palestinian conflict is essential to Israel’s survival as the national home of the Jewish people and as a vibrant democracy”.

J Street has a two-fold mission: first, to advocate for urgent American diplomatic leadership to achieve a two-state solution and a broader regional, comprehensive peace and, second, to ensure a broad debate on Israel and the Middle East in national politics and the American Jewish community.

The appointment of Friedman, who once compared a Jewish lobby group to concentration camp prisoner-guards, is a controversial one and some liberal Jewish groups in the U.S. as well as a senior Palestinian cleric have openly denounced the decision.

As believers in the Bible we followed the Iraq-Iran War, the present religious wars and terrorist acts, the Brexit and the American elections suspiciously, very intrigued and  now with appointment of David Friedman to the post of America’s Ambassador to Israel seeing how zigzaw puzzle pieces fitting the details given in the Bible.

We are fascinated to see the finger of God at work in the nations, as the prophet Daniel clearly stated:

“…the most High ruleth in the kingdom of men, and giveth it to whomsoever he will, and setteth up over it the basest of men.” (Daniel 4:17)

God allows people to reign matters and to choose their own governments. God also allows events to take place in His time schedule. He may look at the United States and see how Donald Trump may take his position of power in America and the world. Bible students can become quite excited by this prospect, not because of the man, but because of his stated policies with regard to the State of Israel and with the events Donald Trump may bring into this world, where he is perhaps going to make it easier for the Jewish state to develop.

The president elect moving the American Embassy is one thing, but also calling it

“to the Eternal Capital of the Jewish people, Jerusalem“

is giving the voice to what Jews and real Christians are looking forwards to for already many years. We do know that Jerusalem has to become the eternal capital of the world, but now a politician has called it with a clear voice “the Eternal Capital”. That is what more people shall have to come to recognise.

The movement of America’s embassy to Jerusalem is one step closer to becoming a reality.  It is the issue of Jerusalem that will cause the nations to come down to the land in the latter day, and bring God’s judgement upon them:

“For, behold, in those days, and in that time, When I shall bring again the captivity of Judah and Jerusalem, I will also gather all nations, And will bring them down into the valley of Jehoshaphat, And will plead with them there for my people and for my heritage Israel, Whom they have scattered among the nations, and parted my land.” (Joel 3:1–2)

Zechariah also identifies Jerusalem as being the flashpoint:

“And in that day will I make Jerusalem a burdensome stone for all people: All that burden themselves with it shall be cut in pieces, Though all the people of the earth be gathered together against it.” (Zechariah 12:3)

All nations who come against it will be destroyed. So when we see America, the most powerful nation in the world talking about legitimizing the Jerusalem as the capital of Israel, it brings the issue to the forefront.

You may read more about this in the Christadelphian News-site: Bible in the News