Today Saturday August the 20th in our afternoon meeting and worship service we’ll look a the anger in the world and the attitude we do have to take in these times of difficulties. 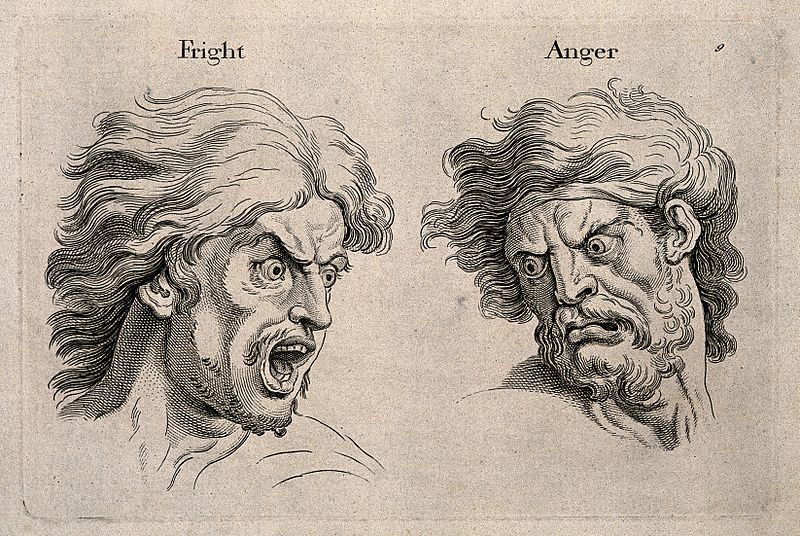 We’ll look at the real challenge which comes over all the lovers of God in these times where there are people who try to give a bad idea of that God (Allah, God the Elohim Hashem Jehovah) and try to bring division and war between those who have a religion for worship in name of the Divine Creator. Today’s and tomorrow’s readings brings us the words of the people of Judah in Jeremiah 42:6, which says,

Can we say these words with true meaning and purpose of heart, that whether Jehovah’s commandments are what we want to hear, or if they are not what we want to hear, we will obey them regardless? Are we willing to follow the Words of the Holy Scriptures and keep to the tasks given to us, are shall we be too afraid to be doing those tasks Jesus asked us to do? Or shall we hide to others Who we want to worship and consider our Lord Most High? Are we prepared to keep all commandments given by God or do only partly those which comes alright for us?
Judah could not say the above mentioned words with their full heart. And even as they spoke those seemingly pious words, God knew the emptiness of them. God who searches the heart of man, tells them in verse 20 that

Jehovah of armies, God of Israel, had His anger poured out, and His wrath was upon the inhabitants of Jerusalem. We today should be careful not to have God‘s wrath poured out upon us in our going in this world which is coming closer to the end times. We should be careful not to err in our souls, not taking on the wrong attitude to others around us. Even when they do not believe we do have to treat them well and show the better way of life, our life in Christ which should bring us and others around us closer to Jehovah our God.

When we look at the word “dissembled” meaning to err, to go astray, and to wander away, we should wonder if we are not wandering away in these times. Are we keeping our attitude in line with the Wishes of God? do we keep ourselves in control?

We should be careful not to become like people in the ancient times who draw near God with their mouth, and with their lips to honour their god or God, but have removed their heart far from the God of Israel.

Without drawing near to God with our hearts as well as our mouths, we will not be able to complete the challenge of obeying the Voice of God, whether it be good or evil. Throughout the book of Jeremiah we have references that show the people did not obey God’s voice, because their hearts were evil. (Jeremiah 7:23-24, Jeremiah 11:7-8, Jeremiah 18:10-12).

The true test of whether we have drawn near to God with our hearts is if we obey His commandments, even when they are not what we want to hear. As 1 John 5:3 says,

When we do really have love for God and the love of God in us we shall do our utmost best to keep ourselves in control and take can to to be taken by anger so that it could happen we would do something against God His commandments which are not grievous. Judah would gladly obey God’s voice when the things they heard pleased them. However, they refused to obey God’s voice when it caused them to give up those things that they loved. Their worship of God actually became idolatry, as it was really the worship of self.

In our life we should be a copy cat of our master teacher rabbi Jeshua.

Jesus told Pilate that he had no power to order the death of Jesus unless it was God’s will.

This leads us to one of the most profound truths, contained in the best-known verse in the Bible. Jesus said:

John 3:16-17 The Scriptures 1998+  (16)  “For Elohim so loved the world that He gave His only brought-forth Son, so that everyone who believes in Him should not perish but possess everlasting life.  (17)  “For Elohim did not send His Son into the world to judge the world, but that the world through Him might be saved.

When we do know that Jesus managed to put his will aside, which he would not have done in case he was God, to prepare the way for all to come closer to God and that the world through him might be saved, we should fulfil the task to show others to show the great and unchangeable purpose of God for everyone who believes to have everlasting life in Christ Jesus.

Separated from the world, and denying ourselves all ungodliness and fleshly lusts, we are nevertheless not in prison, nor restricted within narrow bounds and should not be afraid to go to others who have an other belief than us.

Real believers in Christ have nothing to fear because they have hope because God “gave” His Son. It was planned from the beginning of time and the first mention is in the promise to Eve. Although she had failed, God was showing that there could be hope. Those simple words:

“whosoever believeth in him”

are the condition. Though today there are still not many who really believe what God and Jesus have said about each other. There are still those who want to make Jesus into their god, instead of believing Jesus his own words that God is greater than him.

The verse that people have to believe in Christ Jesus has been translated into most, if not all, the languages of the world. It is well-known yet perhaps only partly understood.

More people should come to that believe in Christ and should recognise that he is the Way to God (and not to him as God himself) and that in Him we should unite becoming all brothers and sisters of each other.

In remembrance of him, who was known by his heavenly Father long before, having “given” his body we should try to become like him. That knowledge that God planned it so that you and I might be saved, is precious to us and the way of life is opened up in front of us. It is for us to seize every opportunity to show that we believe.

We have been called unto the fellowship of God his Son, Jesus Christ our master.

1 Corinthians 1:9 The Scriptures 1998+  (9)  Elohim is trustworthy, by whom you were called into the fellowship of His Son, יהושע  {Jeshua} Messiah our Master.

By the name of our lord Jesus Christ we are exhorted, in order that we all may be of the same voice, going for the same truth and saying the same thing. Together showing to the world that there are no divisions among us; but that we are perfected in the same mind and in the same opinion by the teachings of the set-apart Book of books.

Notice how that sentence of the apostle Paul to the Corinthians begins:

“God is faithful, by whom ye were called…”.

We are special because He has seen something in us that pleases Him. We have work to do, as Peter reminds us:

It is God Who calls man. Those who are called should show that in their behaviour. Even when their might be enough reasons to show anger they still should master their anger , have themselves under control and show the peace of God to all around them.

“In all manner of conversation” they should show others how they have given themselves in the hands of God and trust Him.

Peter’s tongue gave him away in a bad sense when Jesus was being tried. Our tongues can give us away in a good sense because people notice how we speak and what we speak about. The light which has shined into our hearts shows itself in the things we are interested in and the way we conduct ourselves. We should be set-apart or are holy, we belong to God, and our thoughts and words should show that.

This is hard to do all the time and that is why we have words of exhortation to encourage us and help us to let God’s will be done in us. Peter continues:

1 Peter 2:9 The Scriptures 1998+  (9)  But you are a chosen race, a royal priesthood, a set-apart nation, a people for a possession, that you should proclaim the praises of Him who called you out of darkness into His marvellous light,

Let us show to others that because of our faith we have something different or that we are different than those who are atheist or an other faith. In our actions and reactions others should be able to see the difference between a Christian and somebody else.

In 1 John 4:11, we are told “we ought also to love one another”. In fact, this is a command to be obeyed. Why should we obey such a command? How do we get such love in order to show it to one another? Well, the verse before tells us.

The greatest motivating force in our lives, is that which we remember week by week in the emblems of bread and wine. We remember that great love of God towards us, shown through the sending of His Son. This love should affect our hearts. It should motivate our lives and in thankfulness for what He has done for us, we should obey Him.

If we keep on believing, we are showing that we love God:

Romans 8:28 The Scriptures 1998+  (28)  And we know that all matters work together for good to those who love Elohim, to those who are called according to His purpose.

Being Christian we have to keep his precepts.

Come, reader, this evening walk with God in his statutes. As friend met friend upon the city wall, so meet thou thy God in the way of holy prayer and meditation. The bulwarks of salvation thou hast a right to traverse, for thou art a freeman of the royal burgh, a citizen of the metropolis of the universe.

Careful not to fuel the anger in this world

Tagged as Anger, Attitude, Being Christian, Being set-apart (holy), Believe in Jesus Christ, Bringing to God, Christian attitude, Christian behaviour, Exhortation, Fear of man, God sees the heart, God's Voice, God's wrath, Life in Christ, Lovers of God, Non-believers, Obeying God, Royal tribe of Judah, Set-apart ones, the Way to God, to Bridle the tongue, to Dissemble, to Err, to Go astray, to Wander away, Worship of God