The Spray of May

The hawthorn is one of Britain’s most beloved native trees. Actually, it is two trees: the common hawthorn Cratægus monogyna and the midland hawthorn Cratægus lævigata. Commonly found in hedgerows as well as free-standing, the hawthorn holds a time-honoured place in British history as a symbol of May and by extension springtime and rebirth. When spring begins, its subtle warmth coaxing the first verdant shoots out of the earth, the hawthorn begins to bedeck itself again with leaves shed half a year earlier. Buds form, poised to create a delight of British springtime: the May.

‘May’ is a folk name for the gorgeous white raiment that adorns the hawthorn, typically from mid-spring to early autumn. The spray of flowers is so closely associated with the month of May, almost always blooming at the start of that month, that it shares its name with it. The impact of seeing the…

To proclaim the day of vengeance

The Christadelphians do follow a Bible reading plan called The Bible Companion. Their first reading for today July the 5th is 1 Samuel 17 where is seen “the day of vengeance” of Israel upon the Philistines due to the wonderful faith of a youthful David.

David had his three eldest brothers watching him. Throughout the stories of the Bible we are given example after example of how we should not fear even the strongest of men if we fear the Most High God.We are also given examples of people of God who think they can do nothing. Lots of people may think like the ones in our first reading

17:33: 33 And Saul said to David, Thou art not able to go against this Philistine to fight with him: for thou art but a youth, and he a man of war from his youth.

‘We be not able to go up against this people’.

we come to see that Saul had fallen into the trap of the nation of Israel when they were at the border of the land for the first time.Also in our world today many have fallen in the trap of the adversary of God (the satan) and do believe they can not do anything against those who do not believe in God

We do live in a world where ‘goliath of godlessness’ is filling the earth and defying and destroying human thinking, as is evidenced in nearly all human talking, attitudes and activities. Just switch the television on and you can see how the world has gone far away from the godly way of living.

Our soul may rejoice in our Adonai for He has clothed us in salvation, but what may we do with that salvation if we do not show it to others? We have the the covering for our sin – that which allows us to stand before God’s throne and be classed as righteous by His grace. This covering is our salvation. It is good that we are reminded of it in so many places. But we should know that we also should remind others of it.

61 The Spirit of the Lord God is upon me; because the Lord hath anointed me to preach good tidings unto the meek; he hath sent me to bind up the brokenhearted, to proclaim liberty to the captives, and the opening of the prison to them that are bound;

2 To proclaim the acceptable year of the Lord, and the day of vengeance of our God; to comfort all that mourn;

Also Jesus comes to read that passage in the synagogue, which we can read in Luke 4:18,19.

18 The Spirit of the Lord is upon me, because he hath anointed me to preach the gospel to the poor; he hath sent me to heal the brokenhearted, to preach deliverance to the captives, and recovering of sight to the blind, to set at liberty them that are bruised,

19 To preach the acceptable year of the Lord.

But Jesus only read as far as

“… to proclaim the year of the Lord’s favour”. 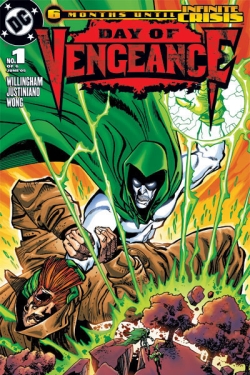 We are not talking here about the six-issue comic book limited series written by Bill Willingham, with art by Justiniano and Walden Wong, published in 2005 by DC Comics the “Day of Vengeance” – #1, (June 2005), cover art by Walt Simonson.

This was not the purpose of his first coming! But will be the purpose, to begin with, of his second coming! And we know how much our world deserves this “day of vengeance”!

Jehovah God has put His Spirit in the master teacher Jeshua (Jesus Christ) because Jehovah appointed the Nazarene to tell [proclaim; preach] the Good News [Gospel] to the poor. [L anointed; C at Jesus’ baptism he was anointed by the Spirit as the Messiah, meaning the Anointed One] He has sent us to ·tell the captives they are free [proclaim liberty/release for the captives/prisoners]

God asked Jesus also not to forget to tell the blind that they can see again [Is. 61:1] and not to overlook the deaf, letting them become aware of the message which has to reach all people all over the world.

The Nazarene master teacher tells the people around him that it is Jehovah God Who has sent him to free those who have been treated unfairly [the oppressed; Is. 58:6] and to announce [proclaim] the time [year] when the Most High Elohim will show His kindness [favour; Is. 61:2; C an allusion to the release of slaves during the Jubilee year; Lev. 25].

Isaiah 61:6 King James Version (KJV)6 But ye shall be named the Priests of the Lord: men shall call you the Ministers of our God: ye shall eat the riches of the Gentiles, and in their glory shall ye boast yourselves.

When you are calling yourself a Christian, are you really a follower of Christ Jesus and willing to follow up the tasks he has given his disciples?

Are you willing to be called “the Lord’s priests”? We when calling ourself Christian should be worthy followers of Jesus Christ, adhering the same God as Jesus worshipped (his heavenly Father, the God of Israel) and should present or offer ourselves as

“slaves or ministers of our God”.

We should put on that the garment of praise for the spirit of heaviness; that we and those around us might be called trees of righteousness, the planting of the Lord, that He might be glorified. (Isaiah 61:3) 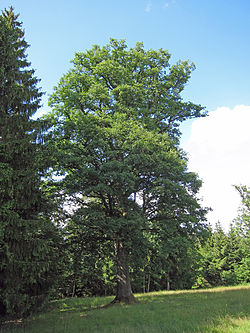 In Flanders we can see the strong oaks in our woods. They are masters of stories, telling a long history. We should be like them “Trees of Justice”, not allowing ourselves to be carried away by worldly temptation and favouritism. As those oaks are mostly not standing on their own in solitude, we too should make sure that we have many brethren and sisters around us proclaiming the Good News, so that those called and taught by us might be called terebinths of righteousness, the planting of Jehovah, that He may be glorified.

Everyday we should work at it to have “trees” planted to show Jehovah His greatness [glory; C manifest presence]. Like we use the vegetable juices and oils of several trees in our surroundings for our healing, we too should bring people around us

“the oil of gladness … the garment of praise … that they may be called oaks of righteousness, the planting of the LORD, that he may be glorified” (verse 3).

so that they may be healed from the wounds of the ungodly actions.

When Jesus first stood up to address his Jewish brothers he introduced himself with the reading of Isaiah, giving an indication that he was a sent one from God coming with His authorisation to tell the people he came to proclaim

“the day of vengeance of our God”.

In stopping where he did, he brought the audience onto his side. The record says that they “marvelled” at the things he said, and the way he said them. Yet Jesus had an ace up his sleeve. Suddenly, when the audience was at it’s most appreciative, marvelling at the way he opened up Isaiah’s prophecies to them, he deliberately turned on them, pressing what he knew to be a sore spot: even the gentiles are more worthy of the Messiah than you are!

Why did he do this? Well, the answer as always is in the prophecy he was quoting. Verses 1-2 speak of the year of Jubilee. We know this because of the reference to a specific year where liberty would be proclaimed. In quoting this passage Jesus changed one of the words:

“to set at liberty those who are oppressed”.

This is because he was specifically referring to the year of Jubilee and what it was designed to liberate. Have a look in Leviticus 25.

“You shall consecrate the fiftieth year and proclaim liberty throughout the land” (v10). “You shall not oppress one another” (v14)

“you shall not oppress one another”.

We should not be afraid to go kindly to others and to tell them in a friendly way what we might expect and how we can avoid troubles in our life today and how we may prepare ourselves for a better life. Never need we to put pressure on others. We can tell them what the Word of God says; They may believe it, take it or ignore it. When they do not want to hear it we should allow it to be so, and let them be with their own thoughts. Perhaps by giving them (lots of) time they may be gained by the Word of God and in the end may come to see the Truth. We should show patience all the time.

The Jubilee was designed by God to be a year where all the land and property of a man was returned to him. Thus, if you bought a man’s field, you were in effect only renting it from him for the remainder of the current 50 year cycle. This ensured that the inheritance of the poorest people still remained with them, and that the rich didn’t oppress the poor in taking away all their livelihood.

“The day of vengeance” will be turned into victory for those who truly serve their lord today – until he come. Let us help each other in doing this, having laid up for ourselves “treasures in heaven” (as we read today in Matthew 6:19-21) which Jesus will bring with him (Revelation 22:12) – learning the lesson every day that

“where your treasure is, there your heart will be also”.

Justification – salvation is by grace through faith – JI Packer

Is being a humanitarian enough to convey the full love of Christ?

High time to go out telling the world about Jesus

Refusing to Be Silent

Cloud-topped and splendid, dominating all
The little lesser hills which compass thee,
Thou standest, bright with April’s buoyancy,
Yet holding Winter in some shaded wall
Of stern, steep rock; and startled by the call
Of Spring, thy trees flush with expectancy
And cast a cloud of crimson, silently,
Above thy snowy crevices where fall
Pale shrivelled oak leaves, while the snow beneath
Melts at their phantom touch. Another year
Is quick with import. Such each year has been.
Unmoved thou watchest all, and all bequeath
Some jewel to thy diadem of power,
Thou pledge of greater majesty unseen.