In Europe we find that many Christian Churches which have not enough members any more to fill their churches and to cover their costs for keeping those churches open have to close them down and sell them. Many Christian churches in Holland are sold to private owners to give them different apartments or shops, or are finding a new use as community centre, library or theatre.

Perhaps in the States the churches are also facing a similar problem. One of the oldest and historic Christian Churches in Bridgeport, CT, The United Congregational Church said Monday it plans to sell its brick Georgian-Revival style church, built in the 1920s, to the Bridgeport Islamic Cultural Center for $1 million.

The two groups will also form a partnership to provide community programs including soup kitchen and a homeless shelter from the site of the current church.

In recent years, more Muslim communities across the U.S. have begun to engage in the types of fundraisers and social-service projects that Christian congregations and Jewish synagogues often host or organize, said David Grafton, professor of Islamic studies and Christian-Muslim relations at Hartford Seminary in Hartford, Conn.

“As the national landscape has become much more suspicious of Muslims, and as Islamophobia has become more common, Muslim communities have consciously engaged in the process to normalize—or become part of the religious landscape of organizing into voluntary associations that form the bedrock of American civil and religious life,”

The lineage of the United Congregational Church dates back to colonial days. It was first established in 1695 and called the Ecclesiastical Society of Stratfield. It later merged in 1916 with another congregation to form the United Congregational Church.
Rev. Sara Smith said the Bridgeport church had 3,000 members when the main structure was built, but the numbers have now dwindled to 300. She said it made financial sense for the congregation to look for a new home.

The United Congregational Church will be renting space in another part of Bridgeport till they find a new space to buy, Rev. Smith said.

“We are not dying, we are just moving,”

It has been a challenge for Muslim organizations to find real estate for mosques or other religious uses since the Sept. 11, 2001, attacks, and that challenge has become more difficult in recent years, said Reza Mansoor, president of the Islamic Association of Greater Hartford.

“The Muslim community has had to reach out to places of worship to buy their properties in Connecticut towns and cities like East Hartford, Avon and New London,”

Ahmed Ebrahim, the leader of the Bridgeport Islamic Cultural Center, said his organization bought the church because it had the space needed for prayers and was zoned for religious use. About 1,000 families in the greater Bridgeport region are expected to use the mosque.

“It’s a perfect fit for our needs,”

The main sanctuary will be used as a prayer space, Dr. Ebrahim said. The congregation from the United Congregational Church will help prepare the space by removing a cross from the altar and modifying the stained-glass windows in the church.

Ellen Carter from Fairfield, Conn., says her family has been a member of the church for 11 generations.

“On the other hand, it’s necessary, and we are happy it’s again going to be used as a house of worship.”

The closing of the sale is scheduled for May 1. The church was designed by Allen & Collens, the architectural firm that also designed the Cloisters Museum in Manhattan and the Central Presbyterian Church in Manhattan. {Source: The Wall Street Journal} 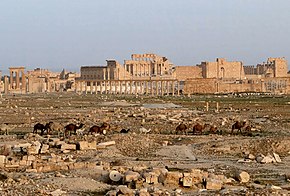 We like to present some photo’s from Remembrance Sunday of the poppies at The Tower of London, reminding that the poppy has been a symbol of remembrance in Britain since World War I. For them it reminds of death while in Belgium it reminds us of life. We can imagine those on the battle field, seeing all the dirty water and brown earth full of corpses, and then at spring those beautiful flowers coming up and giving a sign of life on that earth of dead.

When a poem from the era recalled the fragile flower melding with the dead in Flanders, Queen Elizabeth II observed the two-minute silence privately at the English ceremony.

The last few days several remembrance ceremonies also took place in Belgium in the medieval town of Ypres, where the buglers of the Last Post under the Menin Gate played their haunting tribute to the dead, but also in the cities of Liege, Mons and Leuven, were leaders from all over the world paid their tribute for the fallen.

Ever since the start of the centenary in August, the buglers at the massive gate have drawn large crowds of tourists and pilgrims. The gate’s vaulted ceiling lists the names of more than 54,000 British and Commonwealth soldiers who lost their lives during World War I and have no known grave.

Echoes of the Past

Photos’s from our visit last Sunday of the poppies at The Tower of London.  The fade photo of the young man with his brother is James Martin, my uncle who died in WW2 in Holland just before the end of the war, it was his 21st birthday.  This is the only photograph there is of this brave young man and he was my mothers big brother, whom she loved dearly.  The photo of his headstone was taken in Holland some 40 years ago, I have visited his grave twice and what was lovely is that families in Holland used to look after a grave of a soldier.  I’m not sure if this happens anymore, but it was wonderful being taken by the family to see the grave.

The other photos of a WW1 solider is my Mother’s father, also James Martin, he survived the war, but was shot in the…