When living in Lockdown places, even in cities when still able to go some kilometres away from home, even if it has now become more limited in several places, those not limited by (1-1-1 or 1 person 1 meter from home at a time) may be happy to count themselves to the lucky ones who may still move around and should be enjoying to see all those things for which they previously had not taken enough time to notice them.

Many of us are experiencing emotional distress from the pandemic which can affect each of us in different ways, but often presents as increasing anxiety, worry, sleep disruption, feelings of helplessness, panic, and/or depression.

The shrieking headlines don’t help do they? So what can we do to manage these feelings and feel stronger emotionally and psychologically as we prepare ourselves to face the difficult days ahead?

As a psychotherapist who has practiced for many decades, I have some ideas that can help. So if you are interested, read on.

We are going to make a customized anxiety toolbox. One approach doesn’t work for everyone, pick and choose what feels right for you. Of course I’m including relaxing photos intermixed in this post because looking at positive images is an objective and powerful anxiety reducer. What you perceive influences how you think and feel.

Filed under Being and Feeling, Health affairs, Pictures of the World, Positive thoughts, Re-Blogs and Great Blogs

even so, it is well with my soul

witnessed her spiritual growth, she made peace with her own reality + all her energy focussed on finding natural ways to increase quality of her life.

‘It is well with my soul …’ =  song written by Horatio Spafford, who experienced great personal loss. > in midst of his tragedy > able to rejoice in God’s goodness.

When you stay in your lane, there’s no traffic.

Trials teach us what we are; they dig up the soil, and let us see what we are made of.

She fell ill with a fever that I could not contain.  I rushed her to hospital late at night and before we could gather our bearings, she was diagnosed with Chronic Kidney Failure Stage 3. I briefly remember admission into Little Company of Mary Hospital, the transfer to Pretoria Urology Hospital, the urologist telling me that the damage was so severe that they could not do a proper biopsy and another transfer to the Jacaranda Hospital where we met a nephrologist that would become a lifesaver. My daughter was seventeen years old.

I remember a downward spiral that would soon classify her as Stage 4. 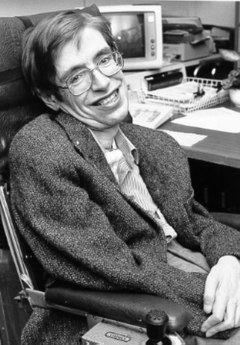