Today’s guest-writer with his decease knows that  whether we’re going through the worst of times or the best of times, history and our own experiences show us that life does go on.

Though we can not say this to everybody at any time.

I thought about the above passage last week when our daughter gave birth to a beautiful seven pound girl on Wednesday, then a close friend died of cancer on Friday – “A time to give birth and a time to die.”

Twenty years later after our guest-writer Bill was diagnosed with ALS he still goes strong and inspires many people with what he writes on the net, reaching many in countries who would never come to. His writing are clearly inspired by God’s Spirit, Who is able to give incredible powers to those who are willing to give themselves in the hands of God.

=> root cause of much of addiction + depression we see around us

Life = hard == much easier if we surround ourselves with people that won’t only rejoice with us in the good times but will also support us in the difficult times.

Preceding: Why are you afraid? 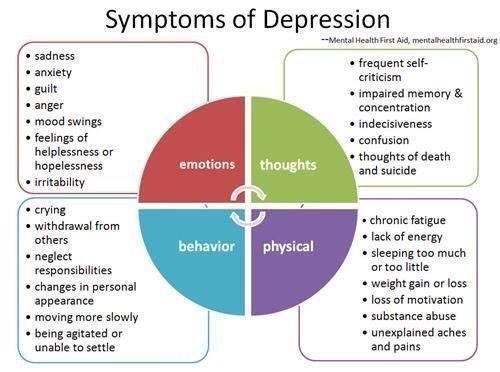 Whether we’re going through the worst of times or the best of times, history and our own experiences show us that life does go on. This is true, but I don’t recommend saying “life goeson” to someone who is grieving the loss of a loved one.

I thought about the above passage last week when our daughter gave birth to a beautiful seven pound girl on Wednesday, then a close friend died of cancer on Friday – “A time to give birth and a time to die.”

Filed under Being and Feeling, Lifestyle, Positive thoughts, Re-Blogs and Great Blogs

Why are you afraid?

2001 September 9 was the day the world changed totally, for the Western world. A shock-wave of fear started to go from one nation to the other from the West to the East, bringing horrible terrorist attacks in America, Spain, France, Belgium but also further in the East where Islam and Hinduism are practised more.

In our regions lots of people are caught by the trap of fear and by the persuasion by politicians and terrorists alike.

Those who misuse the name of Allah/God want not only to hit those who do not believe in God. They also want to frighten those who believe in God and want to bring them away form their faith-group giving in to those who show the strongest.

We always should know that we should not fear man, but more fear God and should listen to His commandments.

When taken by fear for what goes on around us let us always remind ourselves what Jeshua thought and find peace in our hearts by giving ourselves to the Only One True God.

Strangely enough often people only go looking for God, or start blaming God, when things go wrong. During those bad times that we’re looking for Him we are given the opportunity to get to know god better and to grow in faith.

We all should remember that god is willing to come to those who search Him.

“You will seek Me and find Me when you search for Me with all your heart.” (Jeremiah 29:13)

Today’s guest-writer who at the age of 36 was diagnosed with a terminal disease called Amyotrophic Lateral Sclerosis, or “Lou Gehrig’s Disease” (after the famous New York Yankee’s player that died from it), did not let his illness get him down on his knees forgetting how even he also could help many people. Not being pushed back by his health crisis impacting his emotional as well as his financial life.

He became fully aware how our emotional and spiritual life and our relationships etc.,

“Every part of our lives” are connected to one another like parts of an engine and one part breaking effects the performance of the whole engine.

Regardless of the part of the body first affected by the disease, muscle weakness and atrophy spread to other parts of the body as the disease progresses, knowing that he would be limited in his walk and handling, his trial has taught his family that the only way to experience genuine and consistent hope, peace and joy in the midst of a trial is to view our life and situation through God’s eyes.

For me, learning this was a long and difficult, but rewarding process; an ongoing process that will continue to the day I go to be with God. {About Bill}

Several people may undergo lots of physical problems, being sick and time after time to recover from this health issue. At such moments it is important to continue your way and to come out of your battle feeling spiritually stronger than you were before your battle with

“that which did not kill me.” {Trials Can Make Us Stronger}

As someone who has relied on caregivers for even longer than Nietzsche had to (ALS, not Syphilis), our guest-writer empathize with the helpless, the suffering and their caregivers. But feels great sympathy for those that do not place their hope and strength in Christ, regardless of the state of their health. He writes

I feel sympathy because, like Nietzsche, the “strength” and “hope” that they derive from physical/temporal pleasures do not provide genuine and lasting joy or peace. As King Solomon concluded, it’s “all vanity.” {Trials Can Make Us Stronger}

On one of his articles Dawn Marie answers:

“If Christ is our hope, the pleasures we enjoy on earth will be so much more enjoyable …”

I thanked God yesterday for: bringing us to a new home where we are within walking distance of a Ice Cream Store, the new grass growing outside that’s beginning to cover up the mud, my new hospice patient who is the biggest Army football fan I’ve ever met, and the strength to console our son who is suffering through a broken, discinigrating marriage. How is it that a God so big can love someone as small as me so much to bring me His hope in ALL which touches me.

In these days were the west seems to be tested a lot, those trials may force us off of the proverbial fence.

Tested faith is enduring and overcoming faith; it’s faith that can empathize with and encourage others who find themselves in the midst of a raging storm – those who are feeling as if Jesus is asleep in the boat.

Where were you when the world stopped turning?

Nailed to our chairs, never to forget

Next: Life Goes On

“And behold, there arose a great storm on the sea, so that the boat was being covered with the waves; but Jesus Himself was asleep. And they came to Him and woke Him, saying, “Save us, Lord; we are perishing!” He said to them, “Why are you afraid, you men of little faith?” (Matt 8:24-:26)

I suppose that even the most faith-filled Christian would experience some level of fear if they found themselves in a situation like the above. But I know that a doctor delivering news of a life-threatening diagnosis, a loss of a job and insensitive debt-collectors calling day-after-day, can instill that same kind of “Save us, Lord; we are perishing” fear.

Unfortunately, we don’t really know if we have genuine faith until that faith is tested. I believe this is the reason that Jesus allowed His disciples, and us, to go through so many of these nail-biting…

Filed under Being and Feeling, Crimes & Atrocities, Lifestyle, Re-Blogs and Great Blogs