Regularly, some body technique is promoted. Since the 1980s, techniques have thus passed where the utmost of the body was demanded, while other techniques focused on just a few parts of the body. In addition, yoga techniques have come and gone only to reappear in a different form.

Photo by Cliff Booth on Pexels.com

In recent years, many even went so far as to make exercise an essential part of their lives or even came to adhere to a body cult. Thus, in the early 21st century, a kind of new religion or body cult began to replace traditional religions.

People wished to feel good in their skin and were willing to go very far in this and even invest a lot of time, energy and money in it. But there were also many who actually wished to distance themselves from money and matter. For them, materialism was the enemy of our society and dependence on the matter was reprehensible and one had to train the mind to become master of the body again, through appropriate exercises on both spiritual and physical fleets. Several people were convinced that all facts (including facts about the human mind and will and the course of human history) are causally dependent upon physical processes, or even reducible to them.

Because of the augmented stress in our industrialised world or so-called developed countries, a lot of therapies were also doled out. 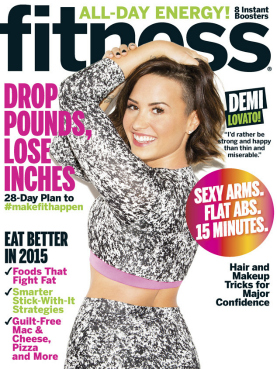 As we entered this century, a lot of health mags found the publishing market while only fitness magazines left the magazine shelves. Though there appeared men’s and women’s magazines which also centred largely on well-being, body form, exercise, nutrition, health, and beauty. For a while, wellness was the fashion word. Lots of magazines presented several adverts for wellness farms and all sorts of wellness programs.

After all the years of hard, intense exercise with a lot of sweating, place was made for gentil exercises and feel good cures. 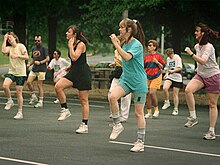 All the brutal violence of the 80s with Aerobics, among others, now seems to have been pushed under the carpet for good. It has finally dawned on several people how bad such ‘good sweat and suffering’ programmes are bad for the body. It has taken several medics years to rid people of such techniques that do more harm than good. 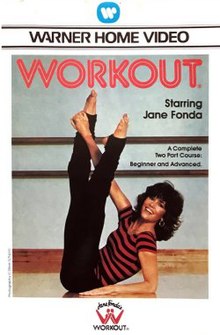 However, a large part of the population has become aware that one has to take care of the heart and treat the body respectfully to know how to handle multiple things smoothly. One came to see that for doing cardio or cardio-respiratory exercise there is no need in such high intensity exercises but has to come to low-intensity enough that all carbohydrates are aerobically turned into energy via mitochondrial ATP production. Medium- to long-distance running or jogging, swimming, cycling, stair climbing and walking, have proven to be more effective and less damaging than the overpopular Jane Fonda Workout or Aerobics. The American actress, political activist, and former fashion model spawned imitators and sparked a boom of women’s exercise classes, opening the formerly male-dominated fitness industry to women, and establishing the celebrity-as-fitness-instructor model. The horrible “Feel the burn!”, became a common saying lots of people really started to believe, along with the proverb, “No pain, no gain.” The exercise motto that promises greater value rewards for the price of hard and even painful work, has been luckily now pushed in the corner. It is true that one has to put in the effort to achieve something and it is not all that simple. Effort is a must, but it should not be at the expense of a healthy body.

Something of a revelation to devotees of hard, intense exercise, Zone 2 is one of this year’s key fitness talking points. Influential US well-being podcasters such as the American neuroscientist Andrew Huberman and the Canadian-American physician Dr Peter Attia who focuses on the science of longevity, have been recommending Zone 2 to their many thousands of listeners.

In January 2021, Huberman started the “Huberman Lab Podcast”, focused on neuroscience and science-based tools.In those podcast s he gives attention to breathing/breathwork and the visual system influence the autonomic nervous system, stress, and other brain states, including sleep.

On his podcast Huberman said:

“Getting 180-200 minutes of Zone 2 cardio per week has enormous positive effects on longevity and general health.”

Stress, he says, is not just about the content of what we are reading or the images we are seeing. It is about how our eyes and breathing change in response to the world, as well as the cascades of events that follow. Both these bodily processes also offer us easy and accessible releases from stress. By doing body exercises the wrong way we build up negative stress.

If you need to run and catch your train, you want all the things that go along with stress to go pursue that train. But if the stress response is spontaneous or excessive, it can start to feel pathological.

In the previous decades those exuberant fitness programs won terrain because lots of women wanted to lose weight.

“Despite reaching epidemic proportions, obesity has been wandering in the wilderness of medical lexicon.”

It is striking and distressing to see how several fat people have been added in recent years. Notwithstanding so many fitness programmes and all kinds of diet items and drinks, obesity has increased enormously. (Today the definitions of overweight and obesity are based primarily on measures of height and weight—not morbidity.) Since obesity is often the on-ramp to cancer, heart disease and even Alzheimer’s, we sincerely need to do something against this worrying increase.

The prevalence of overweight and obesity varied across countries, across towns and cities within countries, and across populations of men and women. In China and Japan, for instance, the obesity rate for men and women was about 5 percent, but in some cities in China it had climbed to nearly 20 percent. In 2005 it was found that more than 70 percent of Mexican women were obese. WHO survey data released in 2010 revealed that more than half of the people living in countries in the Pacific Islands region were overweight, with some 80 percent of women in American Samoa found to be obese. {Encyc. Britannica}

The fattening population has everything to do with culture and lifestyle habits among which eating and exercise habits are the main ones.

People need to be aware that it is not about being physically engaged to the point of giving up. On the contrary, one should exercise in a balanced way and not overload the body. It comes down to finding the right balance.

Zone 2 training means exercising at a level of exertion where your body is working, but not very hard – at this level your body is able to use fat as fuel rather than carbohydrates. As you work harder and move up into Zone 3 and beyond you will switch to using carbohydrates, a quite different state in which your heart, lungs and muscles are under stress and will need time to recover. (You know this switch is happening when breathing becomes harder and you are gasping or panting.)

Thanks to its turbocharging effect on our cells’ mitochondria Zone 2 cardio exercises have a very positive effect on the metabolism, improving blood sugar levels and reducing insulin resistance.

The cardio is linked to lower rates of a whole raft of diseases including type 2 diabetes, dementia, stroke and heart disease.

“In terms of both health and performance, Zone 2 training can be really advantageous. I don’t feel bad about getting on my stationary bike and reading a book for an hour.”

Photo by Rui Dias on Pexels.com

Yes, even in a simple and not too strenuous way, one can train their body and work on it. Of course, it is even better to get out now and then, say twice a week, to fully focus your mind on movement in, say, a beautiful green environment. Though such ‘biking’ can lay down an “aerobic base” before one goes training further and build to more intense modes of exercise for competition later in the year.

For the rest of us, Zone 2 can be transformative.

“Zone 2 makes you better at utilising fats as a fuel source and it can help level out your blood sugar. Longer-duration aerobics work can sometimes be forgotten, now it’s all about time-efficient, 30-minute, High-Intensity Interval Training (HIIT).”

HIIT cannot be done every day without strain and risk. It can take 48 hours or more for your body to recover from a session and unsurprisingly this does not speed up as you grow older, whereas Zone 2 provides its many benefits in a sustainable way.

Zone 2 works best in a mix with some high-intensity training – three Zone 2 sessions a week with two HIIT blasts is a good mix.

Zone 2 is the place where your body is working, but not very hard. Technically this is 60-70 per cent of your maximum heart rate, but I would recommend an easier way, namely to check the Talk Test. If one trains properly and performs breathing correctly, one should be able to simply converse without getting out of breath. If you were to call someone during a Zone 2 workout, you should be able to use complex sentences, not just sentiments such as “Help!” or “Taxi!”.

I hope now some more people will put aside that wrong thought of having to suffer to have some successful training. One should not do penance for having sinned by going to a dinner or party. Physical exercise should never continue as a punishment. It should be an enjoyable activity so that it is also a liberating activity.

Always take of your body, because it is the only one you got.

Photo by Chevanon Photography on Pexels.com

”For The Moment Of Happiness”

7 Ways To Boost Your Immune System in Lockdown

Be it in May or September: Run the race

Do you have painful creaky knees

Reasons to be cheerful

“Celebrate” – channelled spiritual message from The Circle of The Light of The Love Energy – Channelled by Kay Meade.