A continued look at {Why capitalism massively intensified the climate crisis, and why only collective action can solve it}

Capitalism and relevance to climate change

Capitalism and The environmental record of the communist world

In his article “Why capitalism massively intensified the climate crisis, and why only collective action can solve it” Gezwin Stanley confirms that the climate emergency couldn’t have happened without fossil fuel driven industrialisation. But there is more:

human technology plus the very human inclination towards short termism tends to result in environmental degradation. It isn’t just capitalism that caused the climate crisis. But it is clear that capitalism, or rather the different varieties of capitalism, meaning any system where the few both control and benefit from the engines of wealth creation, the very same productive forces that can damage the environment, while also being best able to use their position to shield themselves against any environmental side effects, did and will dramatically exacerbate environmental damage. And, comparing state capitalism with private capitalism, it isn’t markets or consumerism that appeared to make the difference: the West had those in abundance, but the Communist world did not, and the outcomes were similar: critical environmental crises. The implication is that mass-scale industrial technology, combined with the control of that economy by a few who are compelled to strive for growth at all costs and to disregard, even deliberately hide, all externalities, is sufficient to cause environmental collapse, even if consumerism and insufficiently democratically regulated markets really don’t help. {Why capitalism massively intensified the climate crisis, and why only collective action can solve it}

We must remember that important pressures contributing to current and future ecological collapse include habitat loss, habitat degradation, and habitat fragmentation, monocultures, overgrazing, overexploitation of ecosystems by humans, human industrial growth and overpopulation. The Soviet Union sinned against the respectful use of the earth by the practice of growing the same crop each year on a given acreage. The Soviet government found out, to its shame, that their large-scale plan of mass production or to produce huge quantities of cereals, vegetables and fruit, impoverished the country and did not produce good harvests. This because nonlegume crops usually exhaust the nitrogen in the soil, with a resulting reduction in yields. When they wanted to make the fertility level of the soil higher, they introduced fertilisers that poisoned the soil. The idea of greater flexibility in planning the system to meet year to year changes in the need for various crops, failed dramatically with food shortages and starvation as a result.

That environmental damage will be even more extreme if the masters of the economy, under private or state capitalism, are actively competing with each other whether for profit or to hit targets mandated by some dictator’s latest five year plan. {Why capitalism massively intensified the climate crisis, and why only collective action can solve it}

the vital experiment, of a technologically advanced society that combines political and economic democracy, hasn’t as yet really been tried, perhaps because it is so offensive to the powerful and power-hungry.

Would such a society be able to better balance environmental and economic concerns? It certainly seems likely in theory, but in practice all we have to go on are smaller scale examples, often embattled and created despite huge challenges, such as the Zapatistas in Mexico or Rojava in Kurdistan. While environmentalism is a core thread of the ideology of both these movements (see for example: “What the Zapatistas can teach us about the climate crisis” or “Rojava is trying to build a green society”), how that would play out in the long term, in more stable conditions and at scale, has still to be determined. Though social democracy may be precarious, because the super-rich often buy politicians, parties and media influence, the historically more thorough-going social democracies may offer a clue as to what would be possible environmentally if economic control was more democratic, with (again according to the World Bank figures here: https://data.worldbank.org/indicator/EN.ATM.CO2E.PC) per capita carbon dioxide emissions in 2018 for Denmark being 5.8 tonnes, for Norway 7.0 tonnes and for Sweden 3.5 tonnes, compared to the USA at 15.2 tonnes, though the Nordic countries are at a similar level of technological advancement and average prosperity and overall have a colder climate. The same figure for the Russian Federation is 11.2 tonnes per capita and for considerably poorer China 7.4 tonnes. It may also be worth contrasting how Scandinavia confronted the problem of acid rain from the 1970s with how the former Soviet Union attempted to “bury” its multiple environmental crises. {Why capitalism massively intensified the climate crisis, and why only collective action can solve it}

For him, it is no wonder that the state-capitalist communist countries of the past or the present were the cause of environmental calamities.

There have been more human generated greenhouse gas emissions since 1990 than in the rest of history (see this excerpt from “The Uninhabitable Earth”, published in 2019). Nor should we ever forget the whole corporate funded global disinformation campaign of climate change denial , and now “greenwashing”. For example, Exxon knew of climate change in 1981, but it funded climate change denial for 27 more years. None of this is surprising as the richest have an incentive to care least about climate change, because they can most easily escape its effects, from basing themselves in less affected countries, through being able to afford air conditioning, coastal defences and other protections to participating in the growing market for elite bunkers and safe havens (see “‘Billionaire bunkers’ that could shelter the superrich during an apocalypse”). 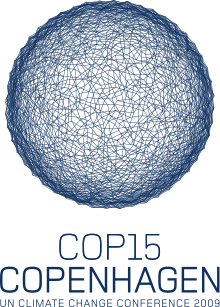 If the economies of at least the most technologically advanced and richest nations had been run along lines of distributed economic power, of economic democracy as described here: https://gezwinstanley.wordpress.com/what-is-economic-justice-and-how-can-we-create-it/ , then there would most likely still have been a climate crisis. We are not angels. But without hugely powerful billionaires willing to conspire to deny climate change, and able to rig the political debate in many countries such as the USA, we would have acted a decade or two, possibly three, sooner. For example, the climate change deniers’ “Climategate” conspiracy in 2009 sabotaged the Copenhagen COP15 Conference and alone may have set back progress a decade, while none of the conspirators or those enlisted to help with the subsequent public relations have ever been brought to book. All that lost time could prove to have been crucial.

To resolve this conflict of interest we need to place everyone in control of the things they need to live and make a living. Then no one can disproportionately reap the economic benefits while disproportionately avoiding the environmental costs. That ensures everyone has an incentive to co-operate to create environmental regulations, pricing, taxes and subsidies, that avoid collective catastrophe, because no one can rig the deadly serious economic “game” of balancing economic output against environmental costs by largely reaping the economic benefits while passing most of the environmental impact onto someone else. {Why capitalism massively intensified the climate crisis, and why only collective action can solve it}