We are convinced there always has to be free independent press. We find that freedom of expression, speech, press, is essential for a community.

Since more than a year that freedom of thought has been brought in danger by silencing critical writers. With regret we have seen the many difficulties which inhabitants of Hong Kong, officially the Hong Kong Special Administrative Region of the People’s Republic of China (HKSAR) have to face.

The highly developed territory and ranks fourth on the UN Human Development Index, its pictures show us a city that has the largest number of skyscrapers of any city in the world. Ranked 4th in the Global Financial Centres Index, one would think everything must go incredibly well in that city. But that is without regard to the overlooking and dominating power of the parliamentary communist apparatus.

What never should have happened, was presented by the agreement of the United Kingdom and China, Hong Kong being transferred to China on 1 July 1997, after 156 years of British rule. This instead of making Hong Kong an independent sovereign country.

Political debates after the transfer of sovereignty have centred around the region’s democratic development and the central government‘s adherence to the “one country, two systems” principle. After reversal of the last colonial era Legislative Council democratic reforms following the handover, the regional government unsuccessfully attempted to enact national security legislation pursuant to Article 23 of the Basic Law. {Wikipedia}

Before the British government handed over Hong Kong in 1997, China agreed to allow the region considerable political autonomy for fifty years under a framework known as “one country, two systems.” But probably they use another calendar than ours with very short years!  Soon they started to limit the inhabitants their movements and way of thinking.

From the central force in Beijing, everything was done to reduce the movements and influence of the Hongkongers. Beijing has cracked down on Hong Kong’s freedoms, stoking mass protests in the city and drawing international criticism.

In the wake of the pro-democracy Umbrella Movement as a non-profit outlet funded by Hongkongers, the newspaper Hong Kong Free Press was launched in 2015. Hong Kong Free Press is a non-profit, English-language news source seeking to unite critical voices on local and national affairs. Free of charge and completely independent, HKFP arrives amid rising concerns over declining press freedom in Hong Kong and during an important time in the city’s constitutional development.

In 2020, we got to hear how Beijing passed a controversial national security law and came to see how dozens of pro-democracy activists and lawmakers were arrested. We could also see the inappropriate violence coming from the government, and violence provoking actions of the police force, dimming hopes that Hong Kong will ever become a full-fledged democracy.

On 15 October 2015 a video shot by a TVB film crew appeared to show seven police officers haul off a handcuffed protester from a freshly cleared Lung Wo Road to a dark corner in nearby Tamar Park, Admiralty. As the officers circled the protester, some allegedly took turns kicking and punching him while others stood over him, keeping watch. Despite an effort by the station to downplay the footage and remove it from subsequent broadcasts, the video quickly took Hong Kong by storm, stirring public outrage and catapulting the victim of the apparent attack, Civic Party activist Ken Tsang, to the status of an instant icon. The Occupy protests were violently crushed without mercy, and up to today we regularly get new shots of press people and protesters being arrested by the police. From some people apprehended by the police a few months ago, nothing is heard any more.

No wonder the public lost their trust in the local police after the many secret missions of the forces and the many police interrogations, certainly after the 2015 blockage of the Hong Kong Free Press website in China. Any websites or apps that undermine Party rule, or have the potential to, are typically blocked. This consists largely of western news media, social networks, and sites built on user-generated content. Other content deemed vulgar, pornographic, paranormal, obscene, or violent is also blocked. Some western websites, apps, and services are blocked in order to prevent competition with domestic, homegrown alternatives. 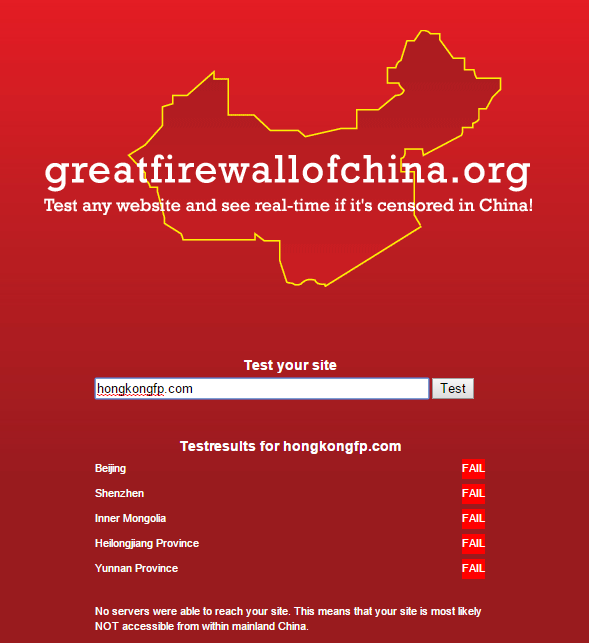 (Find which sites are blocked in China by the Chinese Communist Party’s technological and legislative efforts to regulate the internet: >  censorship watchdog websites greatfirewallofchina.org and blockedinchina.net.)

The easiest way to access censored websites in China is to use a VPN (Short for virtual private network) But because VPNs being not so cheap subscription services that encrypt internet traffic and route it through an intermediary server outside of China, this allows only a limited audience to use it to bypass the Great Firewall and freely access the web.

In 2020 Hong Kong Free Press has been shortlisted by the UK-based Index on Censorship for their annual Freedom of Expression Awards.

Hong Kong pro-democracy tabloid Apple Daily continued its operations and printed 500,000 copies of Friday’s paper after its headquarters were raided by the police on Thursday 17 June 2021, and five senior executives were arrested on suspicion of violating the national security law. 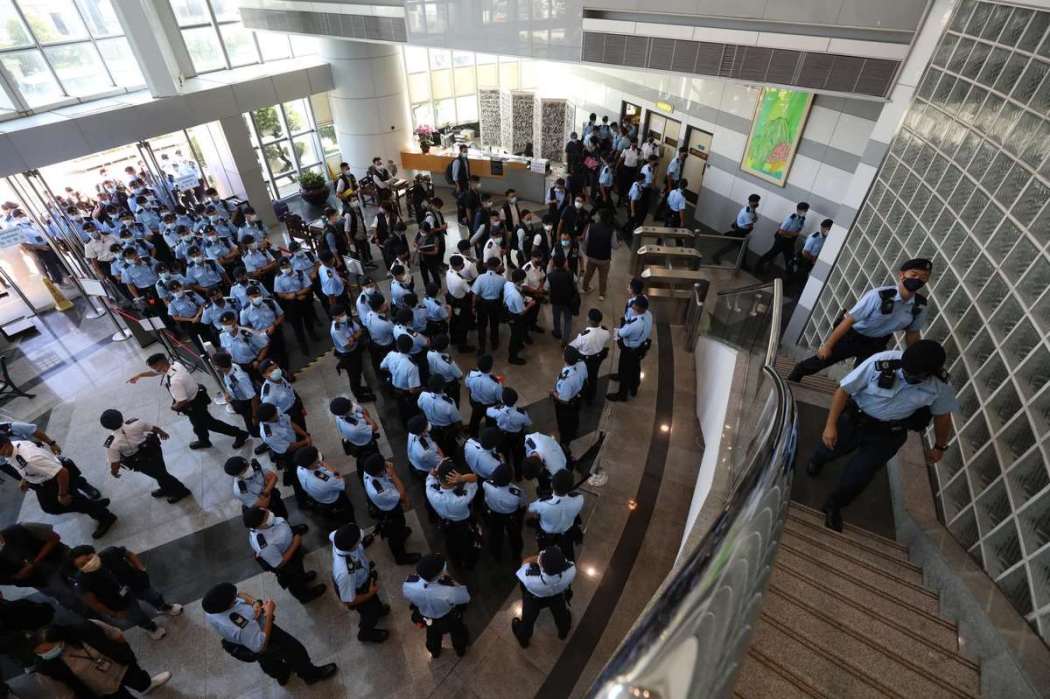 It was the second time in 10 months that the newspaper, founded by Jimmy Lai, had been raided. Police said the warrant used on Thursday was issued under the security legislation, and gave them power to search for and seize journalistic material.

Lai, 73, who was arrested during the first raid last August, is serving 20 months in prison for protest-related offences and also faces charges under the Beijing-imposed security law, which provides for penalties of up to life imprisonment.

Police said their operation was not targeting the press, adding the force “had no choice” but to enforce the law inside a media company.

One response to “Necessity of free press for Hong Kong”